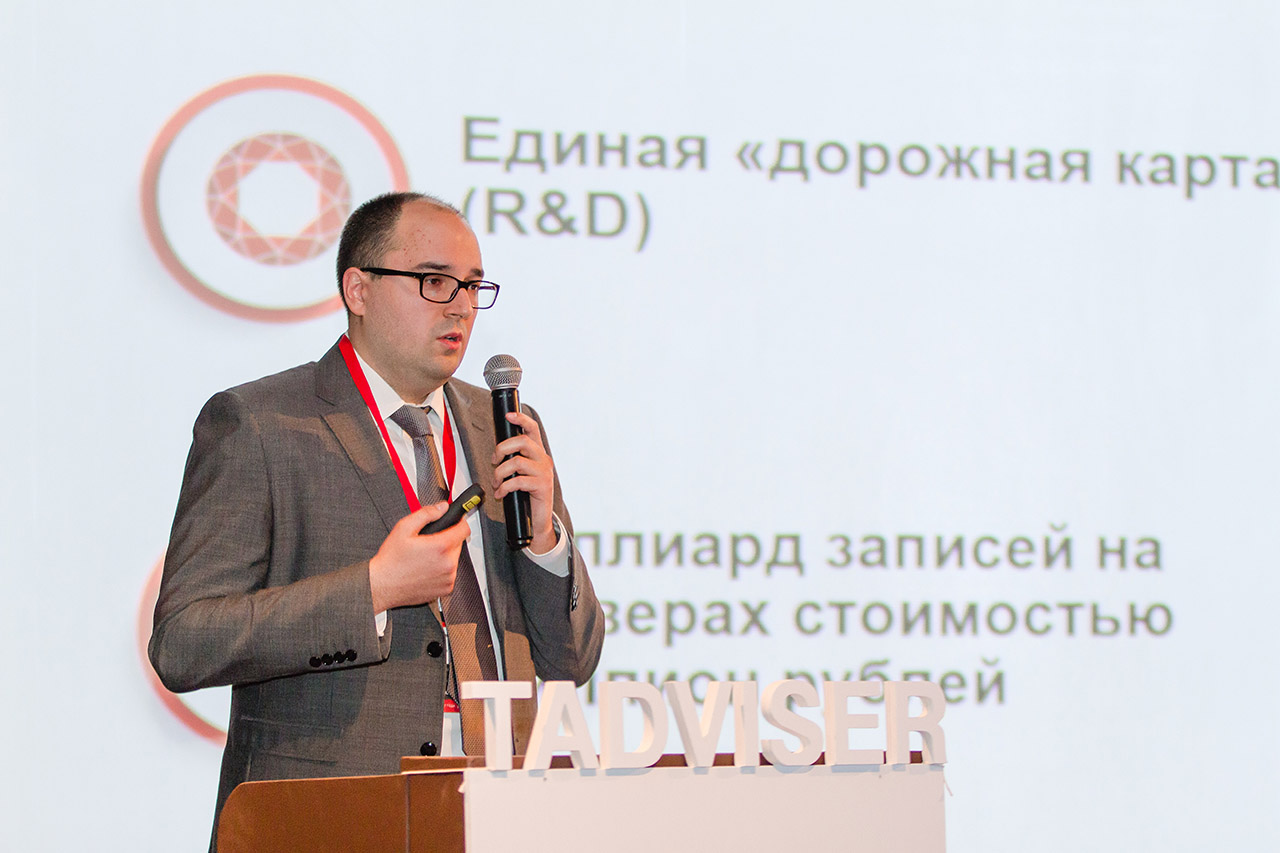 Unidata took an active part in “State. Business. IT» summit organized by TAdviser on May 31, 2017 in Moscow in the conference hall of “AZIMUT Olimpiyskiy” hotel.

The conference was organized with the support of the Ministry of Telecommunications and Mass Communications of Russia. Representatives of both public authorities and private businesses gave speeches. Particular attention was paid to the topic of information technology in the public sector – there were speeches by representatives of the Ministry of Communications of the Russian Federation, Moscow region government, Russian Post, Sberbank, the Federal Property Management Agency, the Social Insurance Fund and many others.

This year Unidata was an official partner of the summit. Unidata CEO Sergey Kuznetsov made a report in which he spoke about the problem of centralization of data flows using the example of the Federal automated information system. The speaker gave special attention to the possibilities of using Unidata to solve a vast range of tasks in various areas of activity of state bodies both at the federal and regional levels.

We are glad that the speech of our representative found a wide response from the audience. This allowed us to fully discuss the most relevant aspects of the development of modern information systems on the service of Russia.

Thank you all for participating and see you again!